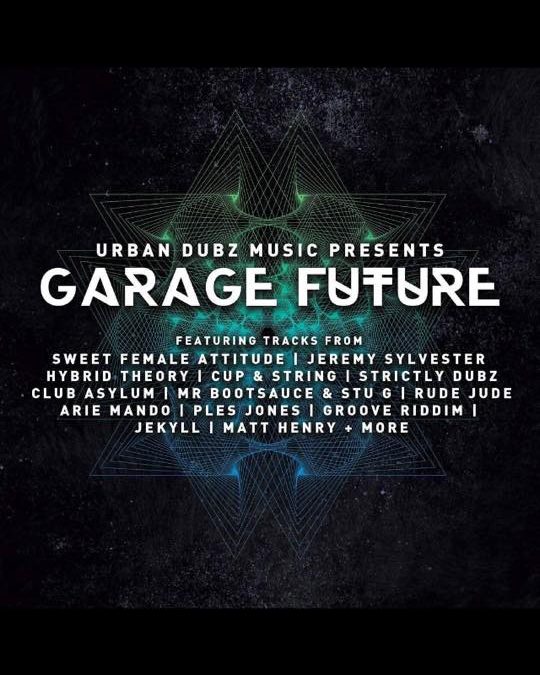 Numerous Garage legends combine on Urban Dubz Music’s latest release, “Garage Future” to create a scintillating new album which shows the Garage genre is still very much alive. Producers and artists who have featured on Ministry of Sound compilations, such as Sweet Female Attitude, Jeremy Sylvester and Club Asylum add their unrivalled expertise and panache to this fantastic album.

However, this album is not simply an exhibition of classic talent. The supremely talented Hybrid Theory also features on the album and show exactly why their rise has been so meteoric. Urban Dubz has travelled across continents to compile this hit-filled album, bringing you Pittsburg’s Ples Jones and Amsterdam’s Arie Mando. Groove Riddim comes from Schoonbeek, Belgium to tear up the decks on Garage Future. Aussie legends Cup & String join to add more motion picture level production to the albums, while Rude Jude contributes riddims as sweet as the pastries in his native France. There are other Garage compilations available. The bassline on Urban Dubz’ latest release rips through all of them. JEKYLL and many more add riddim after riddim after riddim to “Garage Future,” while Matt Henry demonstrates the vocal skills which made him so popular on BBC’s The Voice UK.

Urban Dubz’ latest project places the label at the forefront of the global Garage movement and shows that the genre is set for a glittering future. Managing Director of Urban Dubz Music Jeremy Sylvester continues to evolve the genre, having previously produced chart-topping hits which helped to establish Garage’s reputation and now by working with some of the brightest young talent to provide the soundtrack to your party. Danny Blaze, Charles Haf and Concinnity take Garage to new, unparalleled heights, with symphonies of swag which will shut down the summer.
The album will be released on 1st May. Get hype.