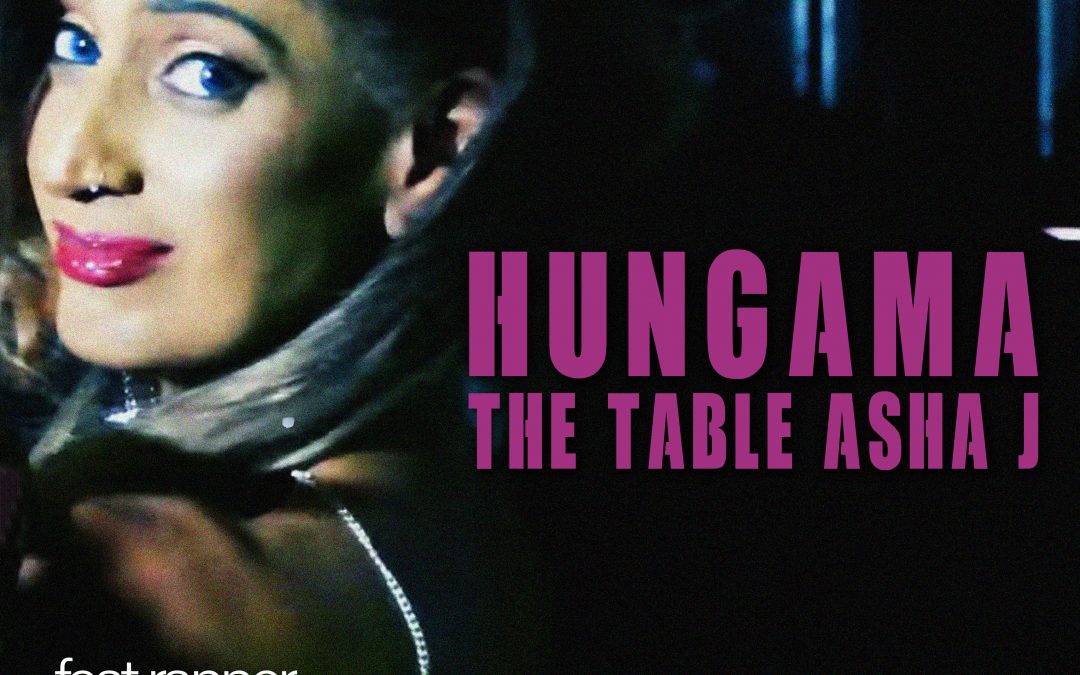 The influence of Indian music has become more and more prevalent in the west over the past few decades. With is own well-loved vast array of musicals and films brought over after the migration of many Asian families to the UK and beyond since the 1950’s, it was only a matter of time before it morphed with western music here as the children of those first immigrants started to represent their own identity within countries like the UK and the US.

Here we have a song called ‘Hungama The Table’ which is a fusion crossover track written and composed by a young female artist by the name of ‘Asha J’ hailing from the UK. Asha is on lead Vocals in Hindi and the rap (in English) performed by MC Voiceofanation.

Hindi music is one of the most distinctive forms of music out there. Once you hear its characteristic sound, you can’t mistake what it. Typically, the chord progressions are usually upbeat whereas the arrangement is usually Weston pop in nature. Within the genre’s structure, there is a heavy use of indigenous instruments from India (such as Tabla drums), within its structure and the music has a very percussive and rhythmic feel to it.

For this release, singer-songwriter & fitness model Asha J has collaborated up Rapper – ‘Voiceofanation’ with Producer – Alan Zipper alongside Executive Producer – Rapmast3rRav, provide a ‘warm blanket’ of east-meets-west vibes from behind the mixing desk, directly to your headphones.

Lyrically, ‘Hungama The Table’ a is a feel-good song that It promotes social diversity, freedom, happiness, joy, empowerment, freedom and the power of love.