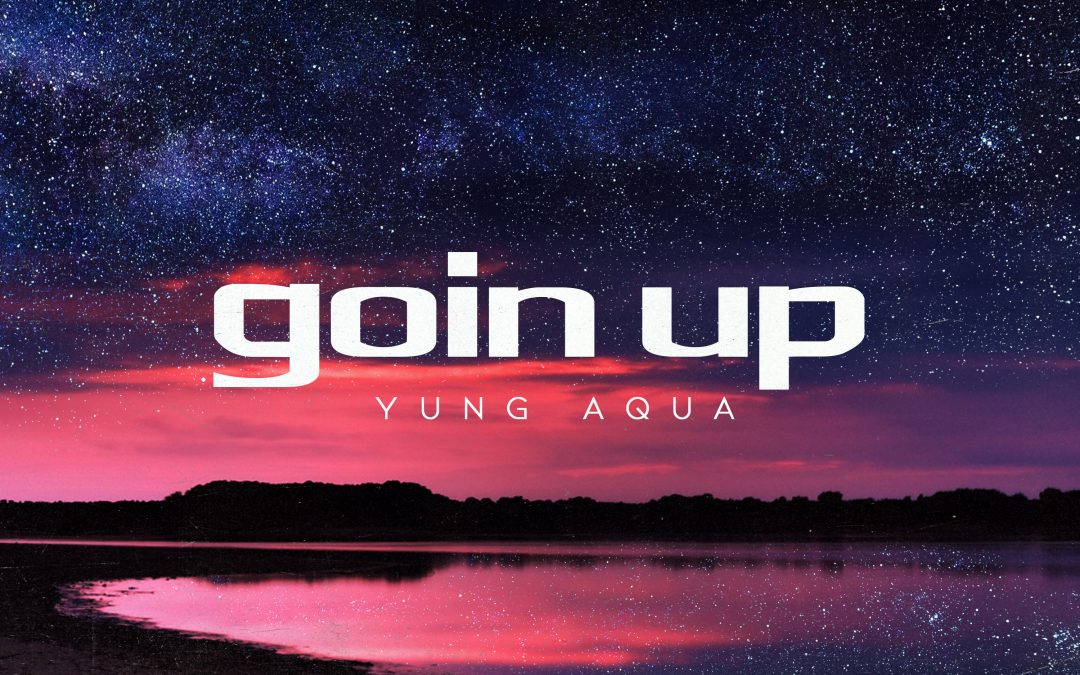 Music is a scientific. It’s the perfect combination of mathematics and emotion. You feel an emotion you want to express, a change that feeling in to something physical. Something you can feel, see, taste, touch or hear.  Talking of science that’s precisely the career young artist Yung Aqua was setting his sights on (namely Marine Biology would you believe?!) before a more spiritually-appealing career in ‘Artistic Expression’ took over.

In his own word “The more I studied, the more I realized that music is my passion and that I just want to make a career out of it.” he continues “I wanted to do something cool. My name is Yung Aqua, is something that I hope people associate with being adventurous, but also down to earth and chill. I just want to be known as a guy you can really fuck with. I’m not a mean person, I just want to create dope music and have fun.”

The track in question ‘Goin up’ is a club track with a Trap beat. Aqua has a lazy ‘Southern sounding’ drawl to his flow which I like, which works well with the ‘blunted reality’ of the feel of the beat. If I could make a comparison, I’d say the beat sound similar to A-list producer Skepta’s recent work, especially his joints with highly influential Rap Icon A$AP Rocky. Lyrically, it’s about the artist, Yung Aqua AKA Shane Young Lopez, balancing the love of writing and creating his music while also taking it seriously enough to forge a career out of it, performing and recording and releasing music hopefully people will want to buy into –  After all it’s a business, but it’s also a business you have to be deeply passionate about, to even think of succeeding. You have to love what you do, or else how can you expect anyone else to do the same? This is what he’s trying to convey in this particular song.

‘Goin up’ has a great swing and groove to it and it’s definitely grows on you the more you listen to it.  The Bass is Un-Godly! – definitely one for the Low- Riders! It’s got a hypnotic vibe that slowly grabs you and gets you head nodding. A must-have in the modern Hip Hop market. Expect to hear more from this Youngblood as his career develops and if he keeps grindin’ like this, big things could happen for him in the not too distant future