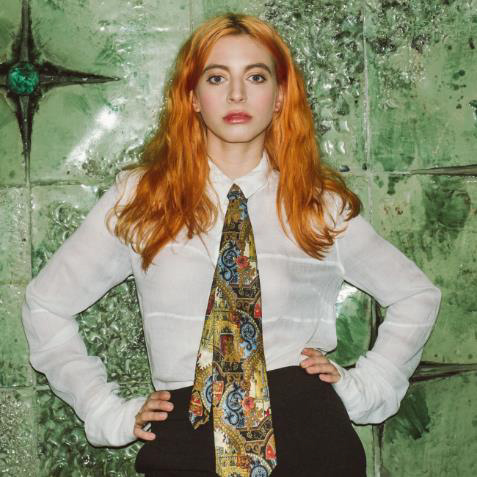 June 25, 2018: Neena, an eighteen-year-old singer and songwriter is rising up fast, and so is her fan base. Originally from Warsaw, now hailing from London, the artist presents her music as a mixture of pop and alternative with an electronic touch. Today, the talented singer shares her new single  ‘Answers’, the second release from her forthcoming album “Flipside’. On the single, Neena showcases  a  retro-inspired vibe, combined with an 80’s groove. Watch the official music video for the single here. Answers YouTube

The ‘Flipside’ album, created over the last two years, is to be her subjective image of a beautiful, yet complicated reality in which, like many of her young peers, she tries to find her own path. Her first single from the new album, ‘The Game’, was released in November last year, having received a number of positive reviews on social media and radio. The Game YouTube

Her ‘Last Call’ project, conducted on the occasion of this year’s International Earth Day, was appreciated by the participation of over 50 listeners and activists from many countries who together with the artist created a DIY clip illustrating her song, being their last call for the dying planet. Last Call YouTube

Songs for the upcoming debut album ‘Flipside’ were created in cooperation with a renowned music producer Bartosz Dziedzic. After a few years from her debut song “Roses” in 2015, Roses YouTube, Neena is now returning in a new, surprising musical scene and certainly will not let any listener remain indifferent.

‘Answers’ is a song that was recorded as the latest one, just before the end of work on the ‘Flipside’ album. It is about the passing of time and appreciating what’s given to us, getting to know life instead of fighting. As the artist herself says: We are always running somewhere, we regret the unused opportunities, we hold grudges, instead of appreciating what we are, celebrating the present moment. That’s what this song is about, appreciating the moments that make up our time.

Neena takes influence from some well-known artists. Her inspirations include: Radiohead, Björk, James Blake and Kate Bush. The singer and songwriter admits that she attaches the same importance to composition, singing, as well as lyrics.

Through her songs, Neena wants to confront the younger generation, people like herself, who are entering into adulthood, trying to figure themselves out in the consumerist and polarized societies. Neena’s passion allows her to discover new sounds and write songs that are her journey into the unknown world. Her music gives the audience an insight into her personal searches and discoveries.

The label behind ‘Flipside’

A Look at ‘Answers’

The song is officially released on  YouTube  and  Spotify,  wmg.

Track Of The Day: Neena | The Game