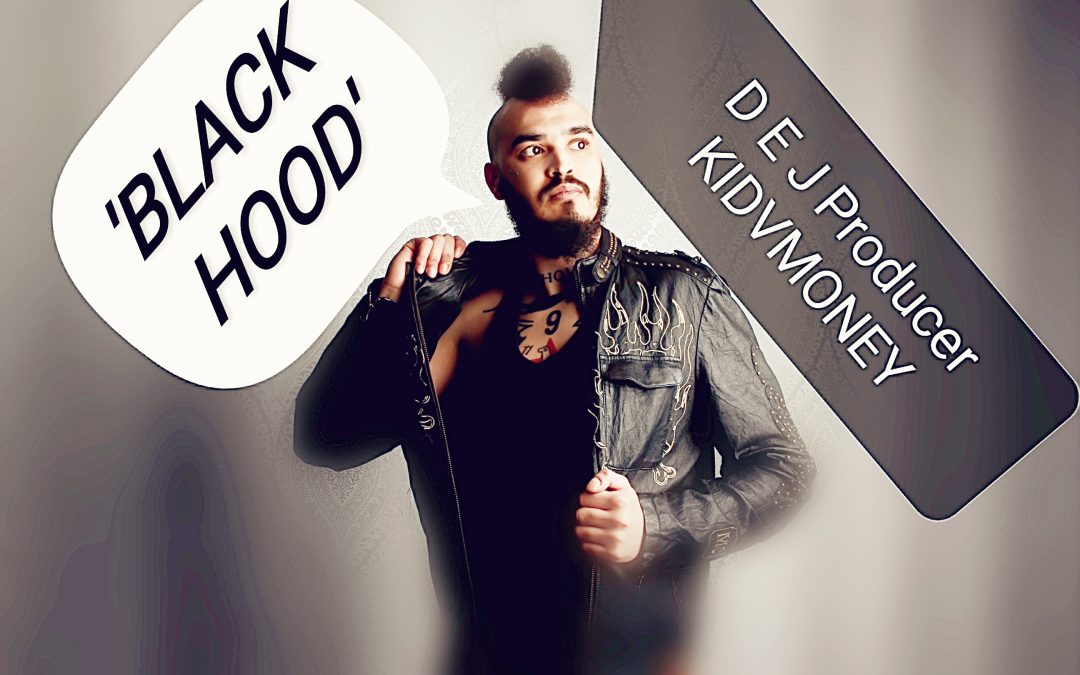 Born in Holland but since moving over the pond to the UK a good while ago, he’s managed to find himself residing in cities like London Surrey Sheffield and Liverpool would you believe!

10 years deep in the production game this particular track called “Blood Money” Is the personification of Electronica. Very industrial. Very minimal. Lots of Bleeps. Half time/double time Hi-Hats with a big Techno feel to it. If I was to describe it in a nutshell, I would say this is the kind of music the Sci-Fi character Blade Runner would get down to in the future after a hard day hunting Replicants!

Influence wise KIDVMONEY digs Urban music. UKG, Drum & Bass and Hard club music in general, also, Heavy Metal would you believe – as a previous member of a Hardcore Metal band I can tell you listening to that really gives you great ideas if you make hard Electronic music. Add to Bashment to that also. Straight from J.A. man like Shabba Ranks, Beanie Man, Peter Tosh, Sean Paul, Daddy Yankee, so I suppose that’s where the D&B skank vibe comes from, you can hear it in his production. Reminds me of the music I used @ hear a club night in London called Elements near Centrepoint on Tottenham Court Road back in the day. Pitch black, sparsely decorated space full of sweaty ravers shocking out hard to a kriss Soundsystem, playing industrial beats at a ridiculously high volume!

Loads of new tracks dropping soon from this guy soon so watch this space!!