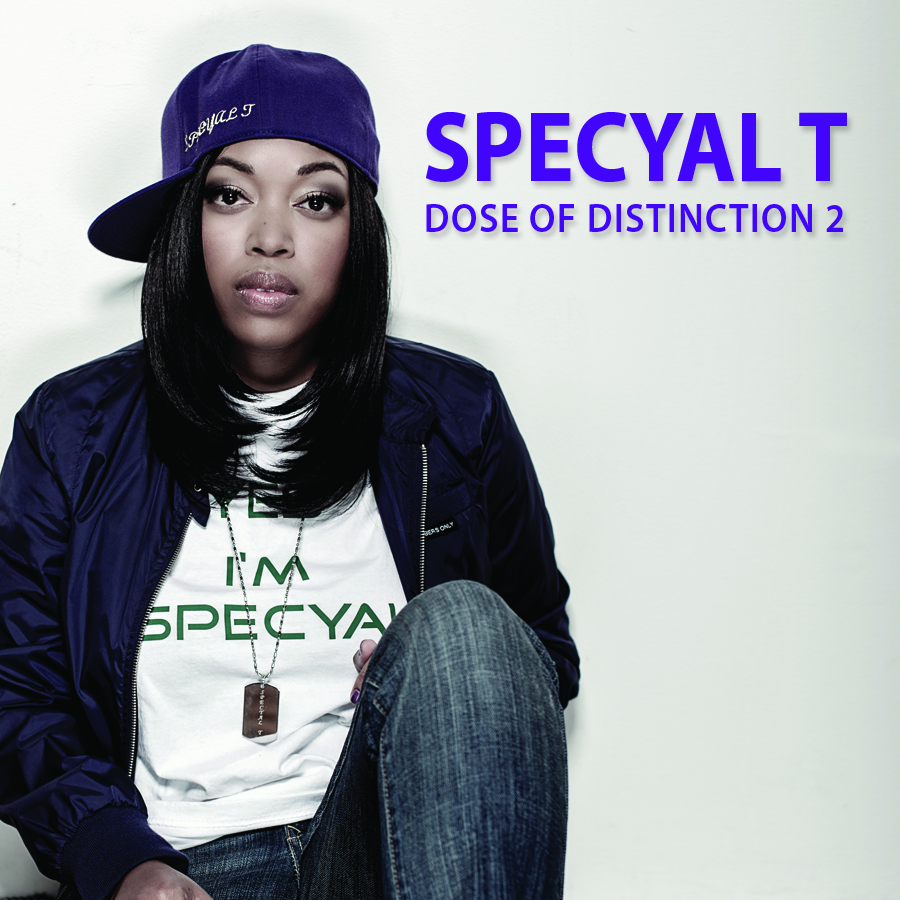 Hip-hop and R&B artist Specyal T has announced the release of her new album ‘Dose of Distinction 2’. Released via Blackstream Records, ‘Dose of Distinction 2’ combines modern R&B with edgy urban beats and is a collection of deeply personal songs, finely wrought and smoothly delivered, which communicate subject matters close to Specyal T’s heart. This includes growing up black in a predominantly caucasian community and her journey of motherhood. Specyal T commented, “Dose Of Distinction 2 comes from a really personal place. I’ve managed to take my artistry to a level I hadn’t dreamed of going in the past.”

The album follows on from the success of Specyal T’s first album ‘Dose of Distinction’ (2010), which debuted at #11 on the UK / R&B album charts – an achievement that stands as a testament to Specyal T’s incredible talent and work ethic.

Based in Canada, Trish Hylton, popularly known as Specyal T, is an urban recording artist, multi-instrumentalist, composer, songwriter, producer, vocalist, mentor, writer and poet, and has performed over 250 shows throughout her musical career. With her naturally distinctive voice she is often compared to a young Lauryn Hill with a unique individual style similar to hip-hop superstar Missy Elliot. She also cites her other musical influences as TLC, Salt N Pepa, Boyz II Men, Timbaland, Musiq and Neptunes.

Recently, Specyal T was named as Ambassador and inducted into the “National Wall of Role Models” by BlackCanadians.com. “The last couple of years have been exciting for Canadian hip-hop and I’m proud to be a part of an emerging scene that’s gaining a lot of international recognition.”

There is no question Specyal T is a musical force to be reckoned with as she continues to push boundaries on her own personal musical journey.

‘Dose of Distinction 2’ is available now to download from iTunes at https://itunes.apple.com/ca/album/dose-of-distinction-2/id910955639.