Fiddy the Rapper. A youngblood from Windhoek City, Nambia with his debut release, a mixtape ‘The Freshmann’. 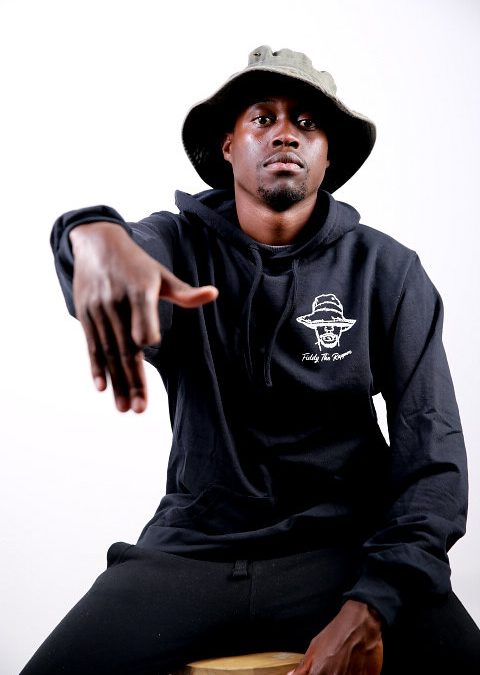 Enter the stage young Fiddy the Rapper. A youngblood from Windhoek City, Nambia with his debut release, a mixtape entitled ‘The Freshmann’.

The nation of Namibia is rich in many things such is its amazing natural beauty and vast landscapes. It’s a country of a modest population but as with many nations within the African diaspora, it has a rich cultural heritage and in influence Hip Hop and R&B have hit the continent and spread like wild fire both towards the landmass and afrobeat tinged urban music exported out, which the world seems to be lapping up by the bucket load at the moment.

Why is that, I hear you ask? Who knows trends follow their own paths but one way could be the rhythmic foundation of various styles of African of music. Rhythms and dance is in the blood.

Fiddy comes from distinguished stock. His father was a well-respected drummer in his homeland for a band called Ndilimani. Fiddy recalls regularly accompanying him to local gigs and concerts as a youngster, watching in awe as the artist plied their trade slowly sowing the seeds that would bring about his own introduction to the business.

His flow is SERIOUS. Just  a few minutes listening and I knew I was dealing with a guy who has put in the work studying his craft. Paying his dues. Not just to the old school but to the new also. That quick fire trap style if there. That ambient laid back style – check! Its no surprise that his main influences are J Cole, Kendrick Lamar & Brooklyn-powerhouse Joey Badass (one of my personal favourites). These young cats from the new school are the saviours of Hip Hop and have already gain much respect and critical acclaim for their music across the whole scene from the new fans to old school pioneers. Fiddy The Rapper is continuing that tradition in the right way for the right reasons

One things for sure if he keeps putting out good material such as the tracks I’ve heard, I’m pretty sure we’ll all be getting a little bit of the Namibian heat emanating across the four corners of the globe before too long..

“the first half of the project tells the “Fiddy The Rapper” love story which talks about the challenges of the love life of a rapper,

The second half showcases where I am from and my socio-economic challenges which sees me go on a journey of self-discovery through hell to heaven. To enlightenment. “

So you heard it here first…

If you want some, come get some,