Chronicles of Zee the newest sound out of Britain has put a must-hear cover spin of Australian band, Crowded House’s number one hit song, Don’t Dream It’s over. 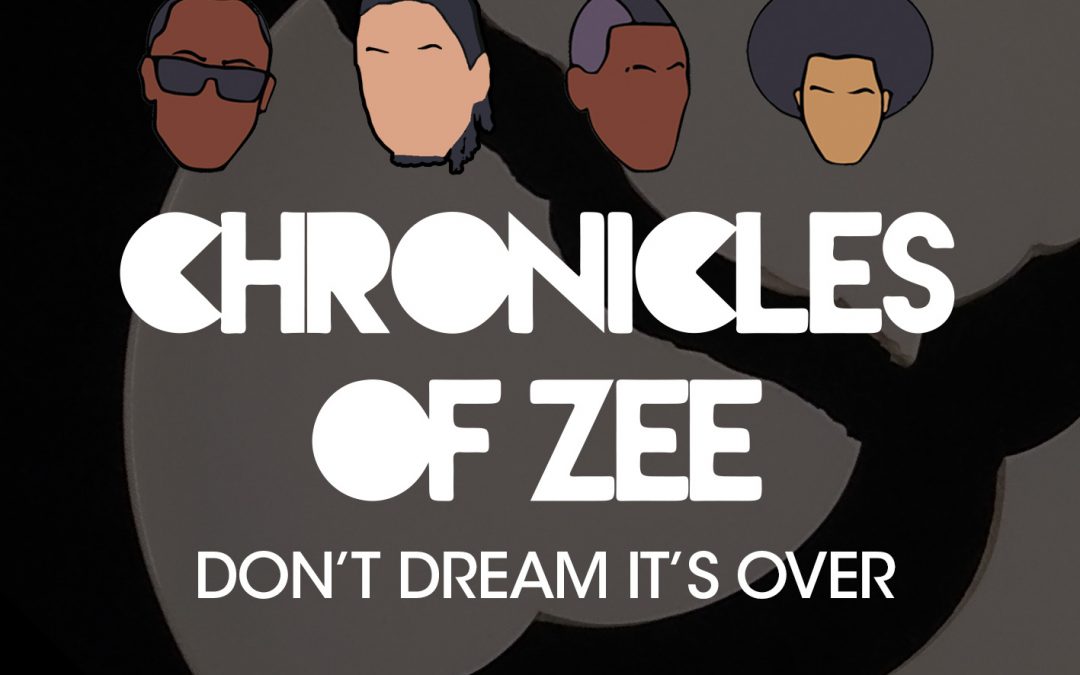 Chronicles of Zee the newest sound out of Britain has put a must-hear cover spin of Australian band, Crowded House’s number one hit song, Don’t Dream It’s over.

Chronicles of Zee challenged the music industry when they turned this song into a fun and upbeat reggae song with a little heat and soul. Many people aren’t accustomed to the reggae way of life, which is a more laid back and relaxed atmosphere

Islanders have realized what is happening is going to happen, whether they run to it or walk. This song is a representation of life in the Caribbean and Chronicles of Zee has artistically made the sound to a fashion of both tone and meaning.

“Cool Jazz” started after jazz but it was way cool. It had rhythm, and that swing time, gypsy, and Cuban. All style of new jazz was welcome under the “Cool Jazz code of the real Jazz era of the 1930’s and ’40;s. If Chronicles of Zee had been playing for a full house in 1948, they would need another name than CoolHouse.

The song and the thrumming tempo stops are all about living your life out to the fullest, you singing the message of the song in an island hammock, swaying gently back and forth, you have a private showing of the perfect sunset. One where you can count the seconds the moments as the lingering go by one by one. Des, the lead singer, and leader of the band stares silently out the window, you can see his mind is racing, chasing that next beat, that next rhythm, the cover song they can funk up their way to unleash to the masses. Clearly, Des was the driving force and inspiration behind this foursome.

“The last place we played was Worley’s The Swan Music Venue epic crowd as always, great gig spot.” Seb said slouched on the chair in a cool and laid back fashion. He was relaxed, but you could tell he was a little guarded.

“We reggae rocked and jammed like Old Marley would have “God Rest His Soul”. We had the drums rocking steady, bass riding and had everyone swaying and bopping to the music, been a while since the last time we played Worley’s it really felt like home. It was proper live and full on as always man.” Leon cuts in, he’s the joker of the group. He’s energetic, engaging and willing to open up about anything.

When it comes to jazz music your influences are all around you, but especially from the great jazz musicians. Chronicles of Zee feel that their greatest influences have come from: Stevie Wonder, Seal, Lenny Kravitz, Bob Marley, Dennis Brown, Red Hot Chilli Peppers, Sting and the Police, Miles Davis, Charlie Parker, UB40, Jodeci, Aaron Spears, and the list goes on…. However, you can tell by looking at the list where they get their flavor for the added Caribbean fun sound in their reggae pop. When you mix Red Hot Chili Peppers and UB40 with Miles Davis and Bob Marley then sprinkle it with the snowdrop harmonies of Sting and Seal, you are bound to create a new type of sound for your music, and with it a new message.

Although they haven’t been signed yet, they do stay busy, bringing a little bit of the island, the ocean, and fun to everyone they meet with this song. They came to life in 2009, with Seb Barnes and Des Chrikeni as this incredible acoustic duo who both had a passion for anything melodic, musical, upbeat, that raised your spirits to a new level of Funk R&B. Together, they wrote and presented their new harmonic treasure on the open mic circuit before the recruiting thrilled and chilled rhythm Baron, drummer Leon Brown.

By 2012, Chronicles of Zee were sharing stages throughout the country with A-list, equally gifted and endowed artists and were playing venues like The Jam House and London’s Jazz Café. They have gained respect from their own material and musical renditions due to their collective musical style and they’re not about to change it. It’s their Rock, Jazz, Blues, Soul, and Funk prowess that literally takes you away. Primarily a cover band, the way that they do it will enlighten a whole generation on an emotional and thrilling musical roller coaster ride that true music should do.

Easy on the eyes as well, it will never be difficult to lay in feathers from heaven as the three of them croon to you with their cool calm and collected personas, their passion and articulate manor as they disclose on their creative and overflowing imaginations. Their own music is an imaginative and innovative fusion influenced by the music that has always had the power to make our bodies move: pop, rock, funk, RNB, Blues, and Reggae, the rhythms of the eternal universe. And that universe has been divine in placing those talented tones behind the sexy, confident eyes, and strong jaw grin of Des crooning their music as if intended just for you.

Chronicles of Zee – ‘Dont Dream it over’ is available to download from all main digital stores on the 6th July 2018.

Connect with Chronicles of Zee